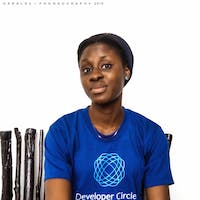 Open Source is a term denoting that a product includes permission to use its source code, design documents or content. It can also be referred to as a program whose source code is made available for use or modifications as users deem fit.

Open Source Software (OSS), as it’s often called, is usually developed as a public collaboration and made freely available, but has expanded beyond the software sector to cover other open content and forms of open collaboration, hence the term, Open Source.

Source code is the part of the software that most computer users don’t ever see; it’s the code computer programmers can manipulate to change how a piece of software — a program or application — works.

For over 20 years, the OSI has worked to raise awareness and adoption of Open Source Software (OSS) and build bridges between Open Source communities.

OSS is made by many people and distributed under an Open Source Definition (OSD) — compliant license which grants all the rights to use, study, change and share the software in a modified and unmodified form.

Difference between Open Source and Other Source

Most software has source codes that only the person, team or organization who created, maintain and have exclusive control over it can modify.
This kind of software is called PROPRIETARY or CLOSED SOURCE SOFTWARE. Only the original authors of this software can legally copy, inspect and alter that software. And in order to use proprietary software, computer users must agree (usually by signing a license displayed the first time they run this software) that they will not do anything with the software that the software’s authors have not expressly permitted. Examples of proprietary software are Microsoft Office and Adobe Photoshop.

Open Source Software is different. Its authors make its source code available to others who would like to view that code, copy it, learn from it, alter it or share it. LibreOffice and the GNU Image Manipulation Program are examples of Open Source Software.

As users do with proprietary software, users must accept the terms and conditions of a license when they use Open Source Software — but the legal terms of Open Source licenses differ dramatically from those of proprietary licenses.

Is Open Source Software only important to Programmers?

Every time a computer user view web pages, check email, chat with friends, stream music online, etc, their computers or mobile phones connect to a global network of computers using OSS to route and transmit their data to the local devices they have in front of them.

There are so many reasons why one should choose OSS. They include but are not limited to:

Anyone who has come across Open Source, benefitted from it and used it would want to be part of it. Joining Open Source has a lot of benefits, not to talk about how your contribution would help others. There are actually a lot of ways to join Open Source but the best is to join a local chapter in your area. You could also join them online.

Open Source does not only apply to the software. It is a culture everyone should imbibe. Expressing a willingness to share, collaborating with others in ways that are transparent, embracing failure as a means of improving and encouraging everyone else to do the same.

The world is full of source code — rules, regulations, guidelines — that guide and shape the way we think and act. Open Source is about working together to make a better world in the spirit of oneness.